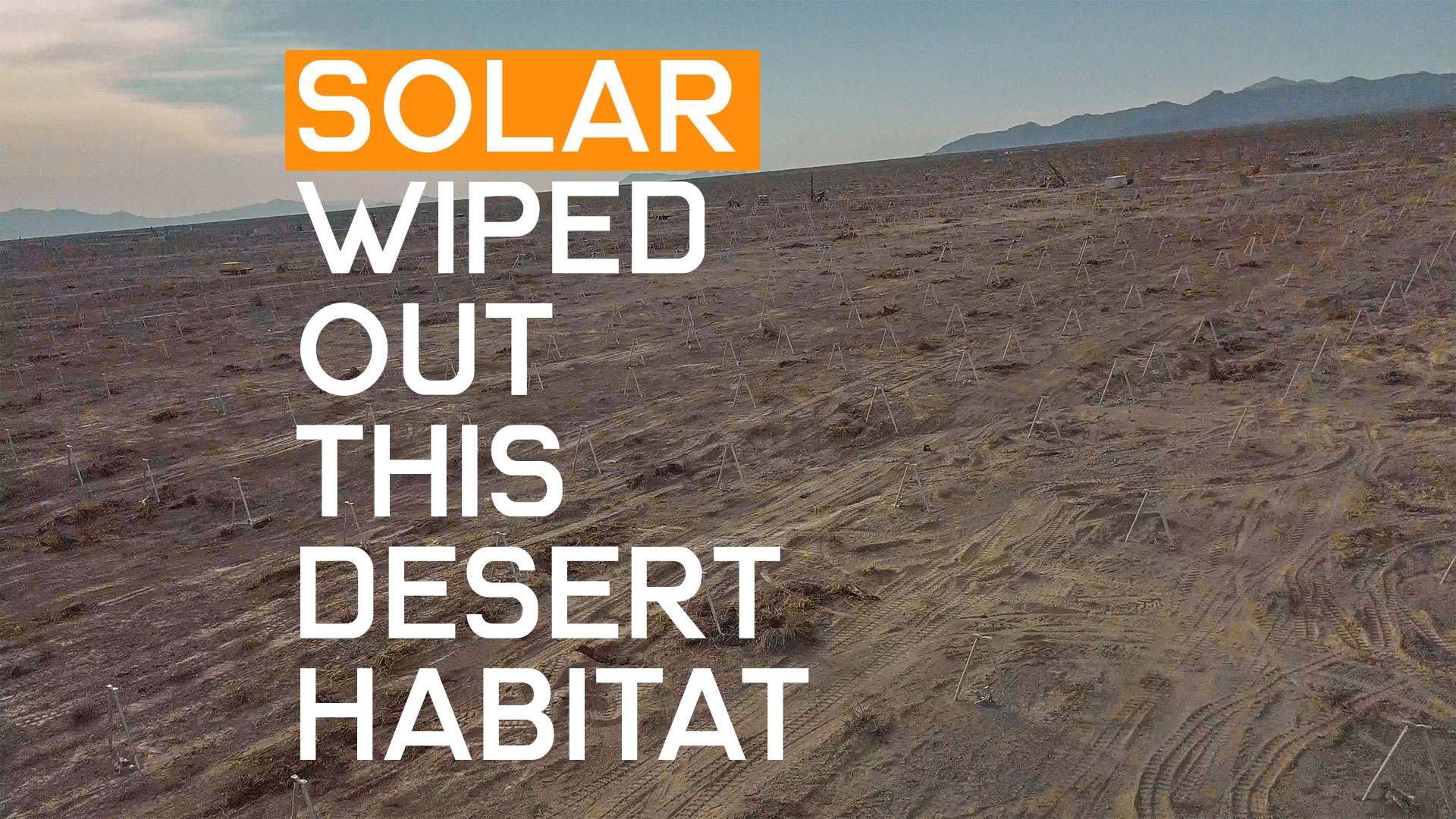 The award-winning film series Desert Apocalypse, directed by Justin McAffee, is back for a second season! In this episode we travel to the Pahrump Valley and up to Beatty, Nevada to look at the landscapes threatened by solar. In the Pahrump Valley at the Yellow Pine Solar project site, we see a few thousand acres of desert habitat has been destroyed. Watch the full episode below (and subscribe to get notified about new episodes).

We also travel up to Beatty, Nevada, along the border of Death Valley National Park to see habitat threatened by several large solar project applications, including near the famous Nevada ghost town of Rhyolite.

This film series is made with the purpose of raising awareness about the threat that large-scale renewable energy is to living ecosystems already in major decline throughout the world. The filmmaker starts with the premise that if we want to solve ecological problems facing humanity, we must first and foremost do no harm to what natural systems remain and start reversing course in protecting and rewilding habitat.

We’ll be traveling further into Nevada’s deserts to explore what’s happening to these pristine ecosystems and giving you the latest construction project updates on renewable energy and mining. Please subscribe to stay updated.