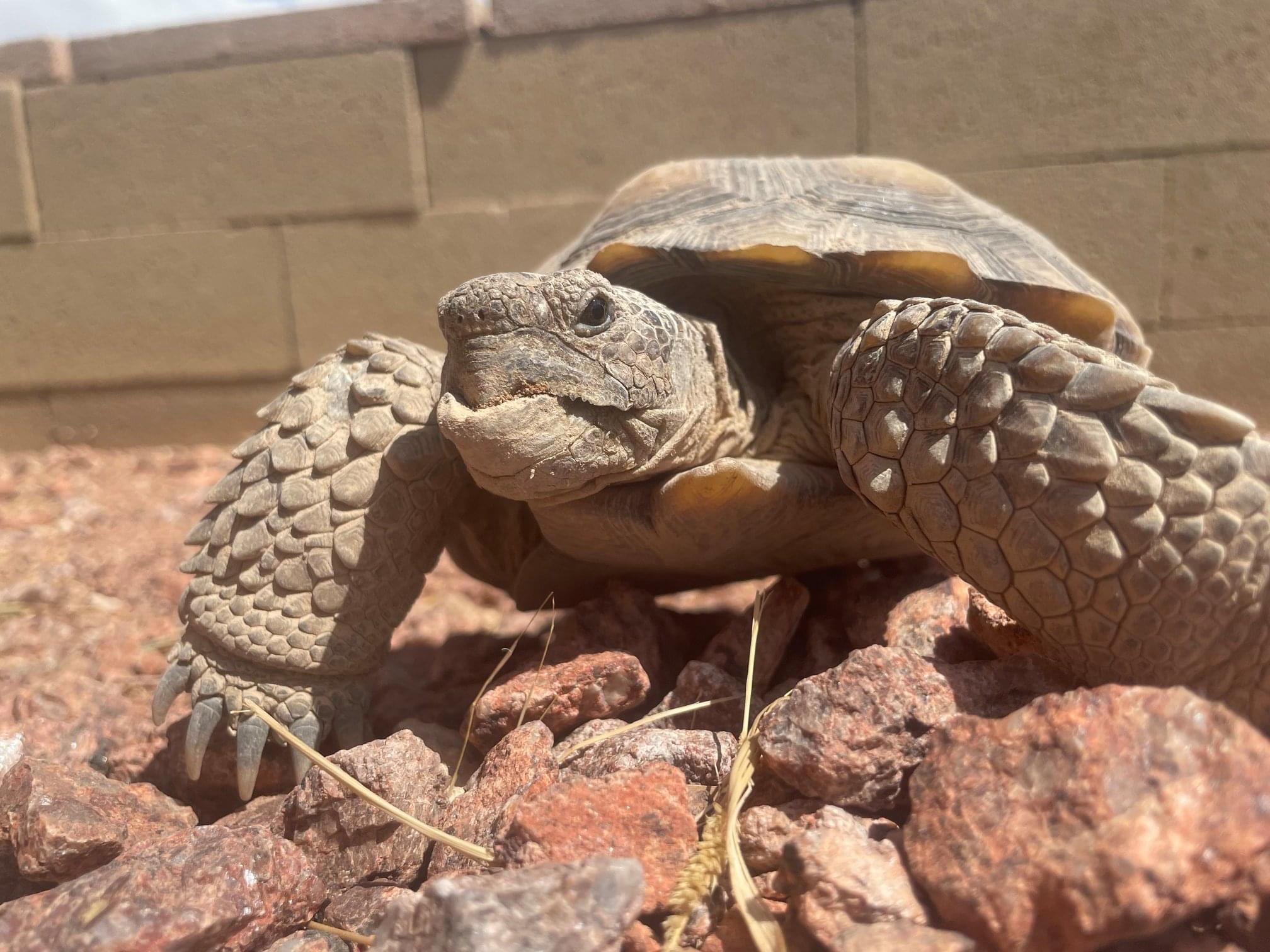 Kevin and Laura were recently on hand to speak with journalists at the Yellow Pine Solar project in the South Pahrump Valley to discuss the deaths of several translocated Mojave desert tortoises. Sadly some 30 of the 139 translocated tortoises from the project site have died in a matter of weeks, raising concerns about the solar development’s impact on the ecological health of the area.

According to the Review Journal’s article, Todd Esque, a research ecologist with the U.S. Geological Survey, talked about the fragmentation of the desert by humans setting up the tortoises for greater risk generally, even without solar development. Now, with 9 million acres opening up to solar development, how long does the tortoise have?

There’s a song and dance about “mitigation” and sure, some of those efforts might reduce some of the problems. In other words, it could be worse–they could just round up the tortoises and execute them all.

With the political forces of our social consciousness driving the discussion, of course the assumption is whatever humans need is more important than the animals and plants. It turns out that everything humans truly need, like clean air, water, food, all rely on the services these ecosystems provide. They systems are similar to systems in the human body. You can’t simply remove organs and expect the system as a whole to work properly. At some point after harming enough elements of a system, you kill that system.

This isn’t just about the desert tortoise, even though that should be enough for a good neighbor. This is about the future of humanity and countless other species that live in reliance upon each other. It’s about the health of these complex systems that we are attacking and damaging in countless ways with our ceaseless growth and modern extraction and consumption society.

As of now, we are destroying for development an area of land the size of a football field every 30 seconds in the lower 48 states. How long can we do that before these systems breakdown? That’s why we call this series Desert Apocalypse.